The real accounting trick in keeping GSE securities on the Fed balance sheet is the same as the one that underlay why Fannie Mae was privatized in 1968 in the first place: to keep its assets and liabilities unfunded from the current presidential administration’s standpoint.

Each administration grows the GSE guarantees, passing on ever more risks to the next one and to future taxpayers, without having to discipline current spending and without having to raise taxes in its own term of office to reduce fiscal imbalance.

This policy creates fictional housing wealth that allows households to consume beyond their true borrowing capacity. Indeed, U.S. mortgage equity withdrawals were the engine of world economic growth between 2000 and 2007, but they could not be sustained once the housing bubble burst. 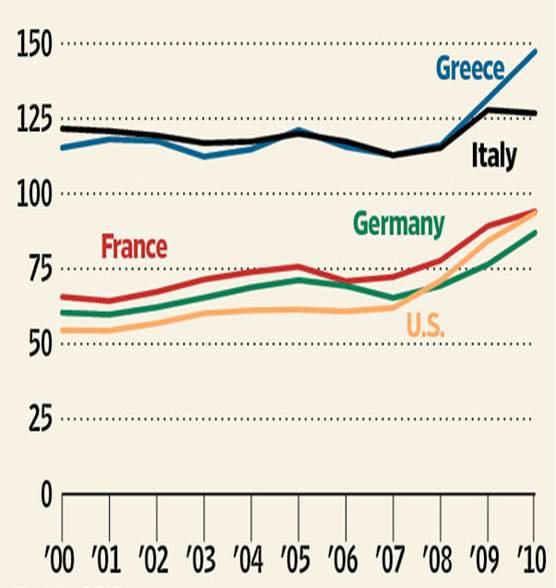 Gross government debt as a share of GDP (Source: The Wall Street Journal)

See also: Is Obama’s ‘American Dream’ Right for You?

Promote the general welfare through 4% growth in the economy.

We have not yet begun to succeed — join me

One thought on “COMPARE: U.S. Housing Debt in the Global Economy”