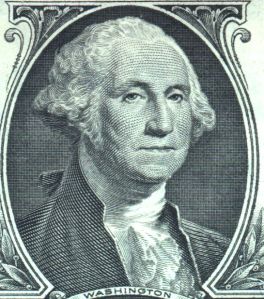 George Washington: No other or greater powers appear to me to be delegated to this government than are essential to accomplish the objects for which it was instituted, to wit, the safety and happiness of the governed.

John Adams: All men [and women] are born free and independent, and have certain natural, essential, and unalienable rights, among which may be reckoned the right of enjoying and defending their rights and liberties; that of acquiring, possessing and protecting their property; in fine, that of seeking and obtaining their safety and happiness.

Thomas Jefferson: We hold these truths to be self-evident:

James Madison: The safety and happiness of society are the objects at which all political institutions aim, and to which all such institutions must be sacrificed.

Eleanor Roosevelt: Bring the world to a safer and happier condition.

Born in 1964, he began studying presidential statecraft when as a 10-year-old he received a letter from President Richard Nixon, who challenged him to serve.

He volunteered for the U.S. Army in 1986 and served with the 3rd Infantry Division “Marne” Band and the 101st Airborne Division (Air Assault) Band.

He went on to attend Harvard University, where he contributed to scientific discovery through the Department of Molecular and Cellular Biology while studying for a Bachelor of Liberal Arts degree.

“An outstanding representative and ambassador of the United States of America.” — Secretary of the Army John Marsh