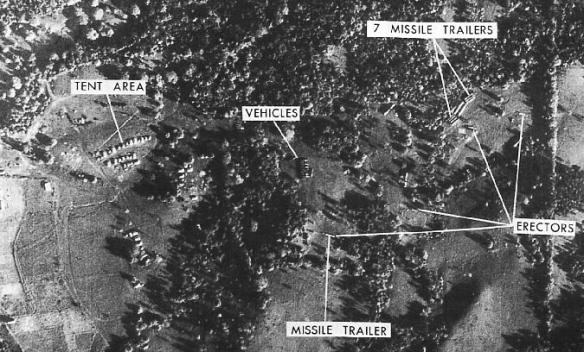 Forty-eight years ago today, on October 28, 1962, President John Kennedy read a message from Soviet Secretary General Khrushchev, who was responding to the American offer for a solution to the world’s first and only acute nuclear crisis.  The message began:

I have received your message of October 27, 1962.  I express my satisfaction and gratitude for the sense of proportion and understanding of the responsibility borne by you at present for the preservation of peace throughout the world which you have shown.  I very well understand your anxiety and the anxiety of the United States people in connection with the fact that the weapons which you describe as “offensive” are, in fact, grim weapons.  Both you and I understand what kind of weapon they are.

In order to complete with greater speed the liquidation of the conflict dangerous to the cause of peace, to give confidence to all people longing for peace, and to calm the American people, who, I am certain, want peace as much as the people of the Soviet Union, the Soviet government, in addition to previously issued instructions on the cessation of further work at building sites for the weapons, has issued a new order on the dismantling of the weapons which you describe as “offensive,” and their crating and return to the Soviet Union.

In addition to the assessment conducted by an Executive Committee of the National Security Council (Ex Comm), historians credit Kennedy’s military experience for identifying and separating three competing velocities in the Cuban Missile Crisis:

Since the Soviet plan to place weapons in Cuba was discovered early by the Central Intelligence Agency, Kennedy and Ex Comm subsequently determined that the Soviet initiative consisted of the two weeks required for deployment of the nuclear weapons; the American military needed forty-eight hours to respond with an air blockade, bombing campaign, and ground invasion of Cuba; the difference subtracting forty-eight hours from two weeks gave Kennedy twelve days for an appropriate assessment and decision.

Drawing lessons from the Cuban Missile Crisis applicable to current negotiations to prevent Iran’s dictatorship from developing a nuclear weapon, one must consider technological advances in the five decades that have elapsed since Kennedy’s leadership.

Initiative and response times have shrunk exponentially, from days to seconds, while the human capacity for assessment and decision have remained the same, thus making it imperative for American foreign policy to achieve breakthrough negotiations with Iran, to succeed in eliminating any possibility of the Middle East destabilizing with the proliferation of nuclear weapons by tyrannical regimes with jihadist Islamic terrorists.